Those times, when you enter in my dreams

Looking ever so young, lively and whole,

The picture of you that I had, is floating around, somewhere in the realms..

Looking through your eyes into mine, you were, with your lovely and watchful soul.

Felt as though I have found you again

As if you have returned; or rather, it was me….

For all I know, I left you alone in vain,

The love in your eyes spoke an ineffable language,

That indicated a desire to be reunited back,

But how shall I go against the forces of nature;

And bring you back from the angels of Heaven?

Note: This is my second attempt at poetry. I’ve written this as a dedication to my dog Sweety, who is no more with me. Please share your views regarding this and let me know how to improve my poetry skills. Thank you for reading. *wink*

Puppies are messy  ALL the time. I wonder why doesn’t the English Thesaurus declare a ‘puppy’ to be synonymous to ‘chaos’. Moving in and around the house, destroying one thing or the other. I’m not saying it’s any of their fault. They are just curious. Curious like a human child. Curious about the surroundings, about their new home, new place, new people, new world! There’s absolutely nothing wrong being curious. *wink* 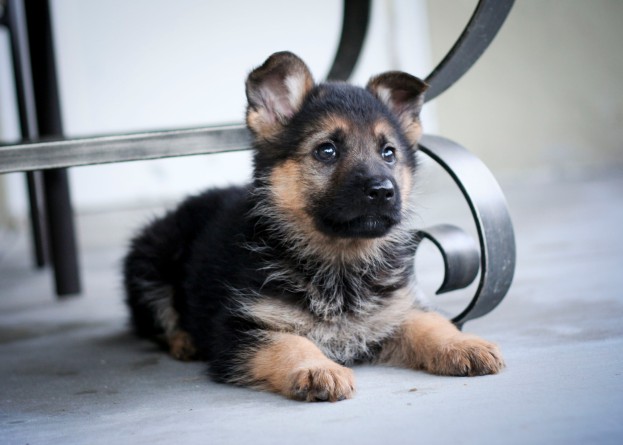 Well I don’t know about others, but for the first entire year, Sweety demanded a lot of attention, care, response and always at least one person behind her all the time. If not, then an hour later you may find your costly, favourite footwear impeccably chewed by none other than the sweet, cuddly (and the mischievous) pup – Sweety! And yes, she wouldn’t even get any scolding from anyone!! Why, you ask? Oh c’mon, the answer is so very obvious. Why would you ever scold a pup with eyes as shiny as the stars, it’s tilted face as innocent as a newborn, ears as if they have acknowledged their mistake, sitting under a table or a far corner in the room?

I consider myself an extremely lucky person. Not only because I had a dog, but also because I ‘grew‘ with one!! I was about 5 year old when we got Sweety. She was 2 months old then. Both of us had no experience at all with the outside, or in other terms the real world. Both of us were very immature. It was about time that we start this journey of life. Together. Thus, we started discovering together. We were like two naughty kids at our house. WE RULED THE WORLD. Which in other words, simply meant: we assume that we ruled our territory, i.e. our house; and that every other human being was bound to listen to our orders. Of  course, this was just an illusion and would be wiped away instantly (but only momentarily) by  our (we considered each other to be sisters) mom, when she would scold us for anything that was beyond her understanding. Oh dear, how would she know that playing in the mud was so peaceful! But alas, she would just rant about how unhealthy it was for a child like me to play out there in the mud without an adult supervision. What if I swallow the dirt? All this was beyond my and Sweety’s understanding then. We would just look into each others’ eyes, as though planning for another mischief. We were as good as Partners In Crime. ^_^

Guys and gals!! The photos that I have posted here, are only for reference purpose. The source is Google. These pictures are not Sweety’s.

Well well… I know I had planned a post on Dog Days for every other Saturday. But the thing is, I was reconsidering my decision for this page. Like, would it really prove to be helpful? Would it really help me to finally move on after her death? Or would the nostalgic memories encroach upon me more and more and hence wipe me away from my physical self? Folks, I really need your views upon this. Thank you.

For a link to this page/tab, refer to Dog Days

For an introduction to this page, kindly refer to the post Dog Days dated: 25th May 2015.

For the previous post in this category, refer to the post Sweety’s Day One At Our House dated: 6th June 2015.

“Moommmy..!! Somebody just knocked the door.”

The door is opened.

Mom is at the door.

I’m peeping out from inside the house.

On the other side of the door, stands a man – my dad’s friend – with a cane basket!!

So what?, you may ask. What’s so special about a ‘basket’?

The actual surprise is what lies inside the basket! Two jet-black puppies!!! German Shepherds, both of them (this I learnt later). You kidding? NO!! My mom and that man were engaged in some conversation. I was oblivious. The conversation could not be interpreted by me. Reason being: My entire Cerebrum and the Occipital lobe was focused on only one thing – The two black Canines in the cane basket!!

The next moment, before I knew it, one of them was set out, outside the basket. Run! Run!! Ruuunnnn!!! (This is what my subconscious mind was telling me to do). And so I did. I ran as fast as I could, with an enormous and huge (for a 5 year old me, of course) less than a foot* pup, tailing behind.

What if it pounces upon me? What if it uses it’s sharp, fierce and dangerous claws and rips my flesh off??! How do I escape from this huge giant?? – Were my thoughts then. Ah, Silly me!

Finally after a loooonng 10 seconds run, I had managed to climb up on a tall hill, which proved to be a life-saving deal.

Translation of the above sentence: I climbed on our bed in the bedroom. The bed was around 2 feet** high, the little, less fortunate pup (who was later named Sweety) couldn’t climb it. Thus, ended our race. Or maybe, just started? Of course. So many more adventures to come.

P.S.: Oh no. I forgot. You might be wondering who the other puppy was, along with Sweety, in the basket, right? Well well.. He was named Sheru. A male German Shepherd, and was adopted by the man who brought in Sweety and Sheru in our house, on the first day. Lovely, isn’t it? 🙂

This is the earliest memory that I have of Sweety. Do you people remember the very first day with your dogs? If yes, then do not hesitate, type away and let us all hear about your wonderful stories!! *wink*

For reference to the previous post in this category, check-out – “Dog Days” dated: 25th May ’15 or click here.

Today, I’m about to add a new page/tab to my site called “Dog Days”. On this page, I shall be sharing stories of my dog, Sweety (who, unfortunately, had departed from me some two years back). So, it’s going to be kind of an homage to her, as well as reminiscence of those good old days. Like, arousing the feelings of nostalgia! :’)

I usually don’t speak about her to anybody. Reason being, the thoughts then start nagging me. And they ask for complete and constant attention. Thoughts about, how wonderful were my days with her and all. Initially, it all goes well. But then, the thoughts that she’s no more with me, pulls me down. To the extent that it leaves me with no enthusiasm to participate in life and in day to day activities. I’ve spoken about her (Sweety) only to a couple of my close friends. So other than that, it’ll be the first time that I’m going to talk upon this so openly and will try to break-free from the small part of the shell that is covering me. I’m sure, it’s gonna be a heavenly experience, along with such awesome followers as you guys! Looking forward to it! 🙂 Starting next week, I’ll be posting here every other Saturday. Hope you’ll enjoy it! 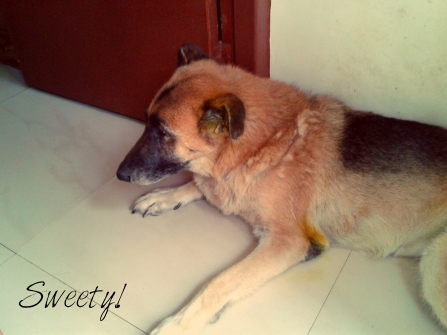 Hope you guys will hang on till the end. I take this moment to Thank You all for the support that you’ve been showing me till date! Thanks a ton! 🙂

P.S.: The idea of coming up with the title, “Dog Days” is entirely a coincidence to the fact that these are indeed dog days! 😛 (For those unaware of this term, dog days refers to the hottest days of summer of the year). Here, in the coastal regions of India, it feels as though I myself am actually frying in a pan!!