Today, when he looked into the mirror, it wasn’t his reflection that he saw. Instead, what he could see was an embodiment of the struggles of his past. The hauntings of his past. This startled him. He didn’t want to look at himself like that. He had always wanted to be the one who conquered over the emotions. He was like the pawn aspiring to become the King. He knew he wasn’t capable, yet he had that ambition, that fire within him which would take him to greater heights. He had always aimed to set an example to the world, about what it is like to have a turbulent past and yet succeed. Maybe he could really do that. But that, he knows, would only be possible if he learns how to take charge of his own emotions. 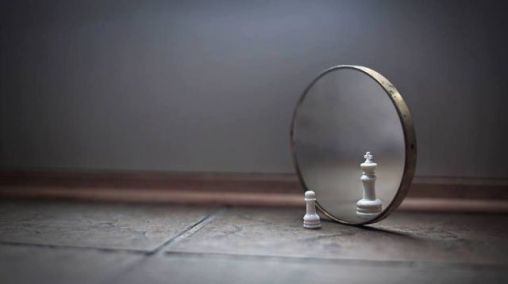 This site uses Akismet to reduce spam. Learn how your comment data is processed.

I READ A COMPLETE BOOK AFTER AGES!!!! Toh uspe based ek artwork toh banta hai! 🤪
Day 3: Booksleeve And My Bookstack
Day 2: Little Women
The Perks of Being a Wallflower by @chboskys